on July 26, 2019
You'll have noticed a Climate Change trend appearing in recent posts on the blog perhaps, following my starting work as a UN Accredited Climate Change teacher which has meant a lot of behind the scenes work to develop some new support options which will be made available to all schools in time.
This is a critical time for influencing public behaviours, and ensuring that students are aware of the realities of Climate Change, which is going to change the world they live in, and require certain changes in their lifestyle, purchasing, transport options and potentially far greater changes.

I've been following up various leads to new Climate Change resources, which are different to the norm. 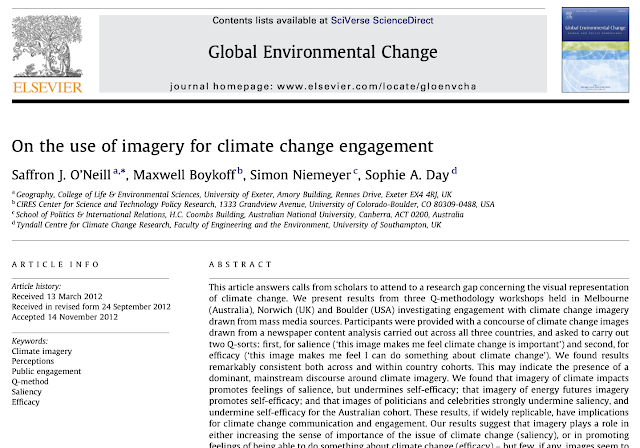 Saffron O' Neill replied to one of my requests for help with some research she is doing on how  people view Climate Change, and how it is represented in the media.
She developed some work about how people respond to climate change. The tweet I saw was this one...

Check out Saffron's blog as well.

She has produced a set of materials and images which are very useful using a Visual Q method which she has used in her research. Thanks for sharing the materials.
I am going to use and adapt these for a forthcoming resource which I am working on for the new term. A spot of research led practice but for me the best kind: one based on research around the specific geographical context of the work, rather than generic neuroscience...
Climate Change Climate Emergency Research Led Practice UN Climate Change Teacher