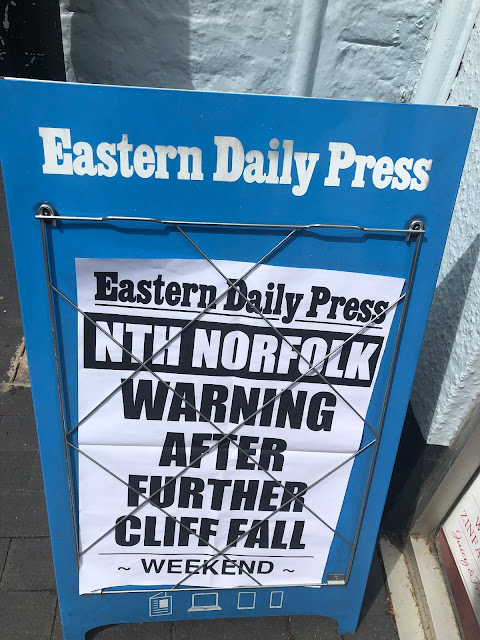 Each year, we take the students to Overstrand on the Norfolk coast to see some effects of previous cliff collapses.

Last month there was a fresh cliff fall, which was caught on film by someone.

This blocked part of the beach was filmed by various people with drones.
A reminder of the changing nature of coastal landscapes.

Extent of cliff collapse is shown in some drone footage.