on September 22, 2019
On Friday, the day of the Climate Strike, I led a whole school assembly at King's Ely Junior with my colleague Richard Oliver, the Head of Science.

We tried to give a message of hope, alongside the scientific aspects. I gave the 'global perspective', with a mention of the Climate Stripes of Ed Hawkins, Jim Hansen's warning to Congress in 1988 (the year when I got my first full time teaching jobs) and an apology for the last 30 years of carbon which are having an impact now. I also talked about Project Drawdown.

We showed the Thunberg / Monbiot video at the start.

We ended with a hymn, and a prayer written by Richard. 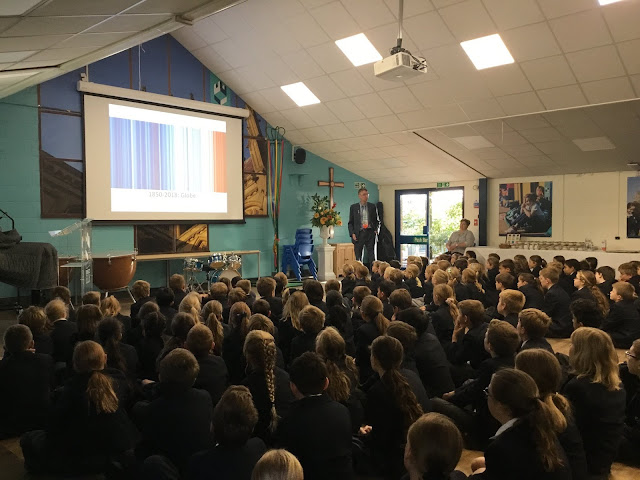 It's shared above in case anyone would find it useful in some way.

Thanks to Ben King for some of the elements of the assembly that he had shared previously.