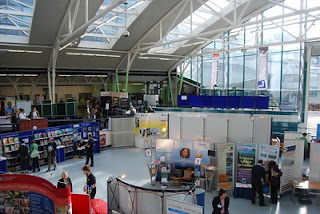 I'm trying to locate images of the following GA Presidents for my GA Presidents blog project, which has a biography of each former GA President (over 100 of them)
I've had help from archivists and other sources to identify most of them, and Andrew Goudie was the latest person to help source several of them.

I'm down to just a handful of Presidents that I don't have a high quality image of... here they are:

1953: Dr Osbert John Radcliffe Howarth, OBE - I have found an image of a portrait of him, but not an actual photograph of him - will use the portrait if I can't find an image otherwise.

1955: Leonard Sydney Suggate - served on RGS-IBG Council but there is no image in the RGS Archives - He taught at Dorking High School, and at St. Clement Danes Grammar School during the First World War (eventually retiring from there in 1949) - I've had some luck with school archivists before, such as Grainne from Marlborough College, and have contacted the school

1961: Mr. Geoffrey E Hutchings - I have a slightly poor quality image from Balchin's Centenary volume of the GA, but not a decent full face image of him - have contacted the Field Studies Council to see if they can help as he worked at Field Studies Centres

1987: Dr. Graham Humphrys - linked to the University of Swansea and regeneration - I have a small image from Tehmina, a Flickr user who had some images of an event he spoke at in 2010, but will also contact Swansea University to see whether they can help

1988: Mr. Michael J Storm - ILEA School Inspector - he was quite active at the time in terms of writing and other work in Development education, and surprised I couldn't find an image of someone who was President relatively recently

If anyone has any images, or potential leads to where I might find one for these former Presidents, please let me know....

The other thing to say is that I would also be very grateful to receive good images of ANY former GA Presidents, particularly those taken at GA Conferences.