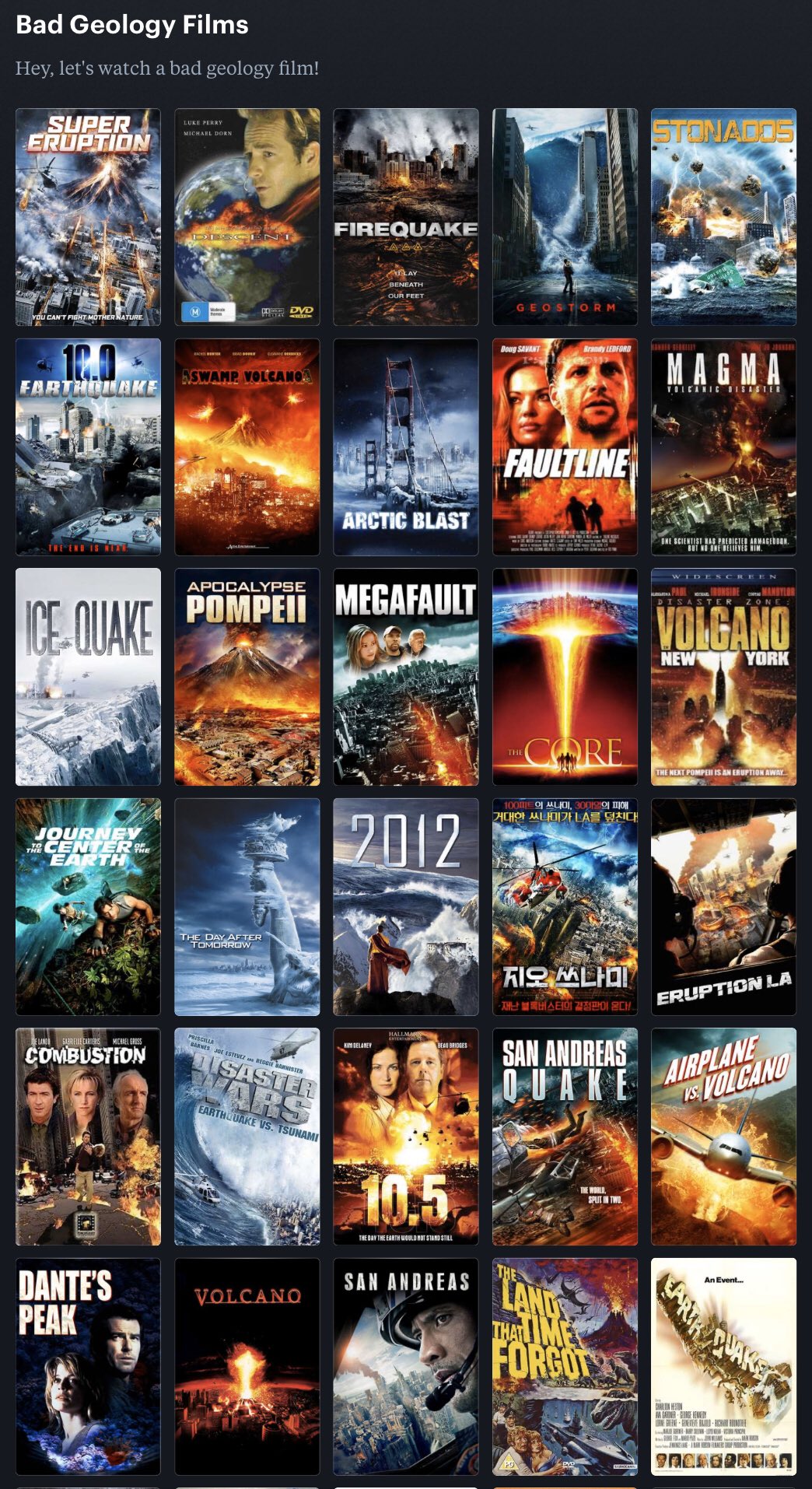 Yesterday, whilst scrolling through the Freeview channels, I noticed a film called 'Airplane vs Volcano'. A few minutes showed me it was hilariously bad.
Here's the synopsis for those who are not familiar with the film.
A circle of volcanos in the Pacific all erupt at once, and a commercial airliner flies right into the middle of them. With the captain and co-pilot incapacitated, a passenger is forced to take over the controls and guide the aircraft through the inferno to a safe landing ground.

This morning, I noticed that Ben Hennig had shared a link to a list of films shared on the site Letterboxd under the heading Bad Geology. This is a film site my son uses to record the films he has seen, or would like to see. It's a nice interface, and I have an account myself. A little like Instagram for film posters.

Good to see that Airplane vs Volcano is on there, along with a number of other classics...

Are there any missing which you think should be on the list?