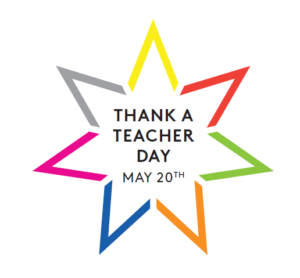 Thanks to all teachers past, present and future for what you do, are doing, did do before you retired, and will do in the future - particularly at this time.
Particular thanks to those who have been in school in person at any point, or will be between now and the summer break.

20th of May is also the anniversary of the end of one of the greatest stories in human history: the journey made by Shackleton, Crean and Worsley across South Georgia, having travelled with the other crew of the 'James Caird' from Elephant Island.
Having sailed across the Southern Ocean they had to cross the mountainous interior of South Georgia before arriving at the whaling station in Stromness... to start the job of rescuing the rest of the crew of  'Endurance' Also happy to have taken part in this collaborative effort coordinated by David Rogers by contributing a letter...