on November 18, 2020
“I believe the Frost was greater ... than any other within the Memory of Man.”
The lockdowns have caused a huge slump in some sectors of the economy and great uncertainty in others.
The Independent piece here describes it as being "as bad as the Great Frost of 1709".

I'd never heard of the great frost of 1709 before, so had to do a bit of digging. I have previously taught about the Little Ice Age, and have an excellent book on that period.
It was apparently also known as the Great Winter in this National Geographic piece.
1709 was no ordinary cold snap. Dawn broke the next morning on a continent that had frozen over from Italy to Scandinavia and from England to Russia, and would not warm up again for the next three months. During the worst winter in 500 years, extreme cold followed by food shortages caused hundreds of thousands of deaths in France alone, froze lagoons in the Mediterranean, and changed the course of a war. 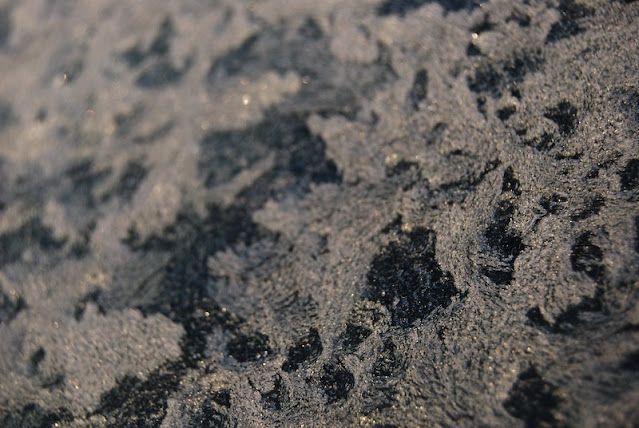 These were times of the famous frost fairs.
This Wikipedia piece explains that the period was known as 'La Grand Hiver' - the great winter.
Lagoons in Venice froze over.
Image: Frost - Alan Parkinson, shared under CC license
Update - addition from Brendan Conway

❄️The Great Frost of 1709❄️
A symptom of the #MaunderMinimum?
A good time to consider the extent to which many images of Christmas time are rooted in folk memories of the #LittleIceAge? #ClimateChange #SolarCycle #Sunspots #DaltonMinimum
Ref @GeoBlogshttps://t.co/Fi21TjpSQb pic.twitter.com/vTaIbOO5Eb