on September 01, 2020
A new video to introduce South Georgia, narrated by Sir David Attenborough.
Head for the website of the Government of South Georgia and the South Sandwich Islands to see the video. 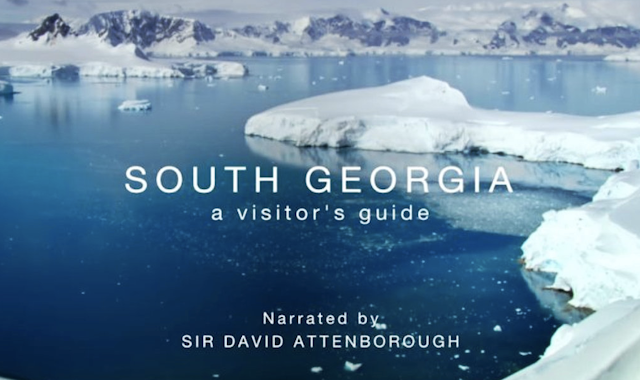 The Education Pack I worked on for the South Georgia Heritage Trust has been signed off, and will be appearing on their website shortly.

The Government of South Georgia & the South Sandwich Islands (GSGSSI) is excited to announce the launch of its new film ‘South Georgia – A Visitor’s Guide’, narrated by Sir David Attenborough. The film has two key messages; firstly, it encourages visitors to respect and protect the island so their visit can be truly sustainable, but there is another message which is relevant to us all; proof that nature can recover, if we give it the chance.

“It is a privilege to be Commissioner and custodian of one of the most remarkable places on earth.This film beautifully encompasses the outcomes of tireless work of many people over the decades that Sir David Attenborough has been visiting. It is only as a result of their endeavours that this film can tell such a moving story of an ecosystem in recovery. It will inspire, it may even take your breath away. With an understanding of how small actions can have big repercussion, we aim to inspire visitors to live in a more environmentally sensitive way, that sustains our planet, and does not destroy it. I extend my thanks to all those who have worked on this project, not least Sir David Attenborough, and the UK government for their funding support.”
Sir David Attenborough South Georgia South Georgia Heritage Trust