I started the LivingGeography back in 2008. It was just ahead of starting a new job that I had been offered, which I had been working towards during 20 years of teaching in the classroom: Secondary Curriculum Development Leader at the Geographical Association. Sadly the job ended in 2011, but the blog has continued, and I have added to it almost daily since then, sometimes several times a day as I have followed a few years as a freelance geographer, before being tempted back into the classroom, where I've now been for another seven years.

Here's a little experiment for you: look up the blogs that have won a blogging award over the last few years. How many of them have a) regular blog posts b) are still active at all :)

I put up a first post in early May 2008, with a test card as a holding position, and since then I have been blogging here, and also on at least 6 other blogs with a particular focus, such as Cultural Geography, Books, Google Mapping, the OCR B GCSE Specification and my own teaching in my classroom. During 2020 I've been blogging daily about Iceland, and also completing the 127 year journey from the first GA President to the most recent. Between them there are probably another 10 000 posts, and that's alongside my previous GeographyPages website, which was active for over a decade and had over 10 000 000 page views. I'd like to think that I've shared the odd word and resource over that time... 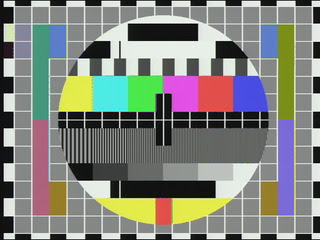 I'm keen to collect together some comments from those who have used the blog over the years.

We are now up over 5.6 million page views so there are hopefully a few people out there who could let me know how they use the blog, or whether it has been helpful in some way. The 10 000th post will appear over the next two or three days.