Spent an hour today listening to two podcasts presented by Jeremy Paxman called the "Lock In" and sponsored by a few companies, including Beer52 and the Government so expect to listen to a few ads before and half way through.

There are 4 podcasts there so far, all of them with potential interest. 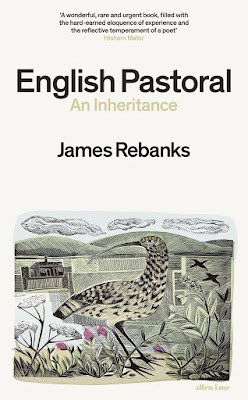 James Rebanks is the first one that I listened to, the author of the excellent 'English Pastoral' and other writings.He talks about his plans to help change his farm, and the important decisions that need to be made to change British farming.

At one point, Jeremy asks him:

'Where did you learn to write so well?' and he answers

Michael Palin was the second that I listened to, and he and Jeremy discussed his travels and career and his latest book 'Erebus'. This comes at the end of the recent reruns of his travels on BBC2 on Sunday evenings. He also talks about his recent heart operation and recovery and religious beliefs.

"When you are there it is never the same as the guidebooks and the photos... you are there, you are in this place, and suddenly it becomes part of you..."

He mentions geography, which is good to hear... although he doesn't put up a particularly strong defence at that point and could have said more about the power of the subject.

"Geography is such a strange thing to be a standard bearer for... colouring in..." asks Paxman.

"It's become rather fashionable."

"I wish it were more fashionable."

"I think getting lost in a place is one of the joys of travelling..."