Golf on the Norfolk coast

There are some excellent golf courses: mostly links courses along the Norfolk Coast.

One issue with them is that they are prone to the impacts of coastal erosion, which will be made worse by climate change. This has threatened some of these courses for decades and the layout of the course has been changed in many over the years with holes being reorganised and moved as fairways and greens are threatened or even partially removed by erosion.

Links courses are located on land just inland from salt marsh or the beach and make use of land which would otherwise not be of much use for agriculture or other activities, and are also prone to flooding.

I wrote about them in my old GeographyPages website years ago.

The Royal West Norfolk golf course at Brancaster is actually cut off at high tide, for example.

Hunstanton is also close to the coast, as is the one at Sheringham. 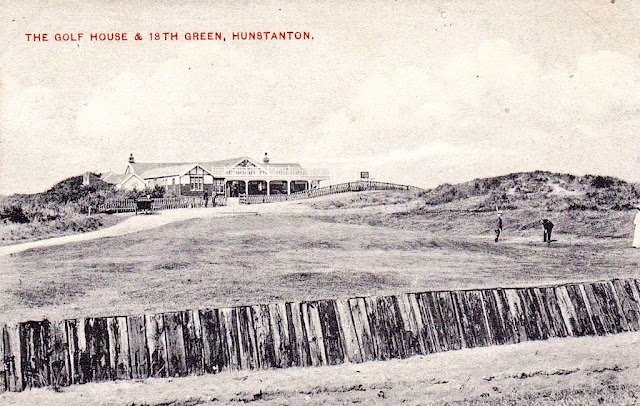 A quick search on Twitter also brought up a lot of old postcards showing the Hunstanton course in years past, although there wasn't a date on all of them. Royal Cromer has had to move back due to cliff erosion for example. There are rip-rap defences at the Royal West Norfolk Golf Club. Explore the courses on Digimap for Schools to see how close they are to the coastline.

This is a problem that goes back to the work of J A Steers.

Here's a few others... pic.twitter.com/gZDe9xHK0L

Courses in other parts of the country are also affected by the same problem.