The Geography of it all.

Thanks to Paul Turner for tweeting about a new David Lambert article, which has been published today in 'Public History Weekly'. 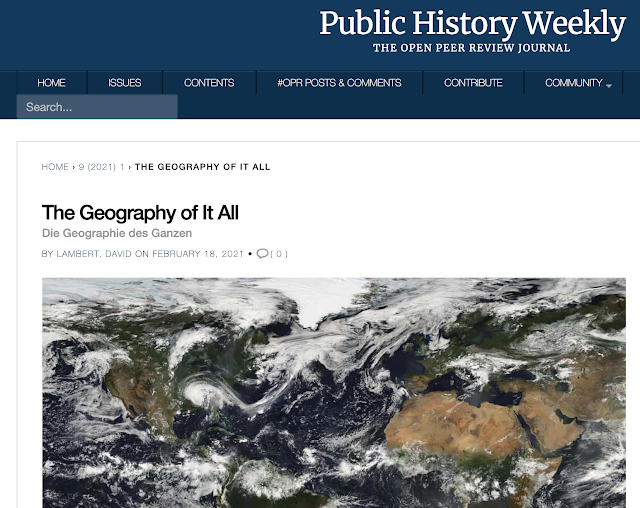 It is drawn from the work that David and others have been doing on the GeoCapabilities project.

It explores the link between Geography and the anthropocene.

When we read that the weight of plastic waste in the sea is now the equivalent of the weight of the fish that swim in it; or that the weight of human made edifices now outweighs the whole of plant and animal life on Earth, we can intuit that the Anthropocene (which is said to have begun in the mid-twentieth century) is a fact.
We might query the measurement instruments and methodology, but we would know that to do so would be like whistling in the wind. For we know that humans have the ability to extinguish biodiversity (including most human life) on Earth. And we know that this is beginning to look inevitable.
Anthropocene David Lambert GeoCapabilities Professor David Lambert