Denim chronicles... a new infographic from the MAERSK shipping line. 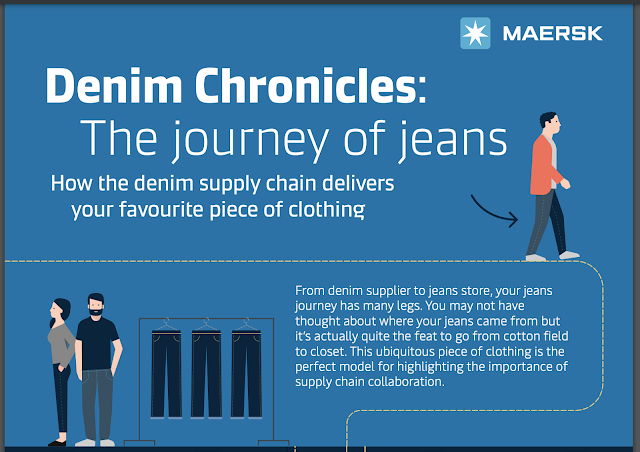 Denim by the numbers

This pair of clothing is unique but also ubiquitous which has sold more than 4.5 billion pairs worldwide every year, making it one of the most widely embraced garments in the world.

The consistent demand for denim fabric brought its market value to US$90 billion in 2019 and is expected to rise to US$105 billion by 2023. But what weaves this widely sought-after fabric? Approximately 20,000 tons of indigo and 2.2 billion meters of denim fabric are produced are produced annually just to dye and produced jeans every year. One bale of cotton is enough to produce 225 pairs of the popular trousers.

Globally about 50% of denim is produced in Asia, specifically China, India and Bangladesh. And on average a pair of blue jeans takes about 15 minutes and 12 steps to produce.