Thursday at the GA Conference saw two events: the Public Lecture and the GA Awards.

First up was Dr Anjana Khatwa, who gave her lecture on the Jurassic Coast and part of her personal and professional journey. Thanks very much to Anjana for giving up her time to start our conference off so positively, and also for joining other sessions as well and chatting to people afterwards for several hours. You can follow Anjana on Twitter and other networks.

It can be viewed (again) here, as well over 2200 people already have.

Remember that YouTube will also add automatic subtitles for those who need them.

I made a quick word cloud of the countries and locations where people were joining from - at least 8 different countries it seems. 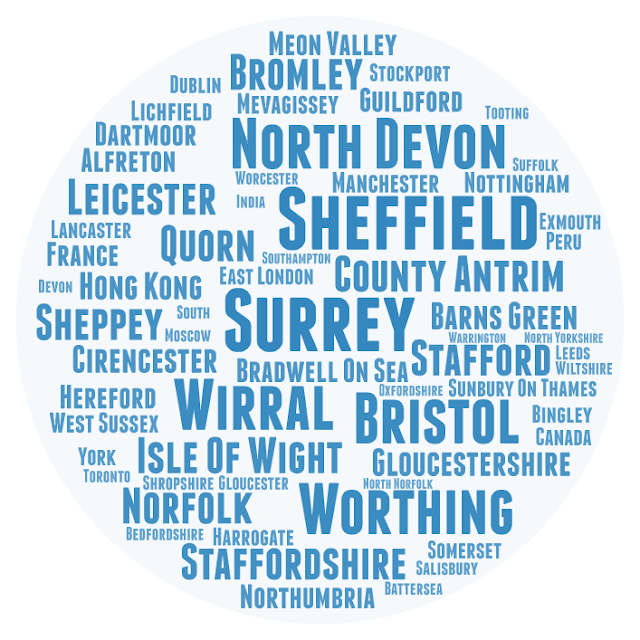 This was followed by the GA Awards. This is an annual celebration, where we have awards for journal articles, books and other resources including videos this year, student photographs, Primary and Secondary Quality mark schools, GA Professional Award applicants and GA volunteers and members.
The event was hosted by myself and Susan Pike - it's much better to be there in person to hand out certificates and hear the applause.
Well done to all the awardees and those who were short-listed.
There was a special award for the legend who is Paula Richardson. 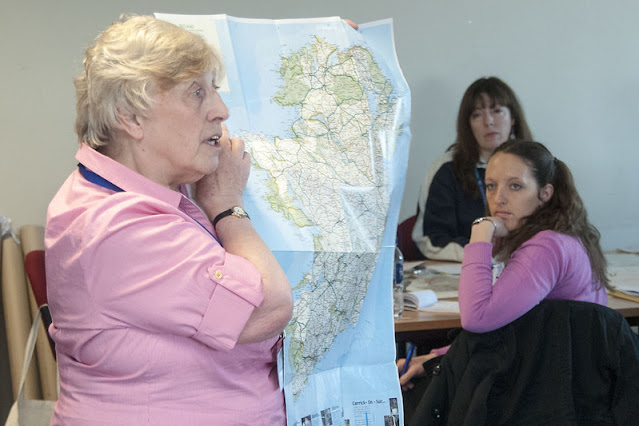 She was awarded with Honorary Membership.
We were also available to reveal the GA Vice President from September, and the President to follow me: Professor Alastair Owens of Queen Mary, University of London.