One of the presentations that formed part of the Conference Teachmeet was an introduction to an exciting project which involves a flight around the UK, and liaison with schools. 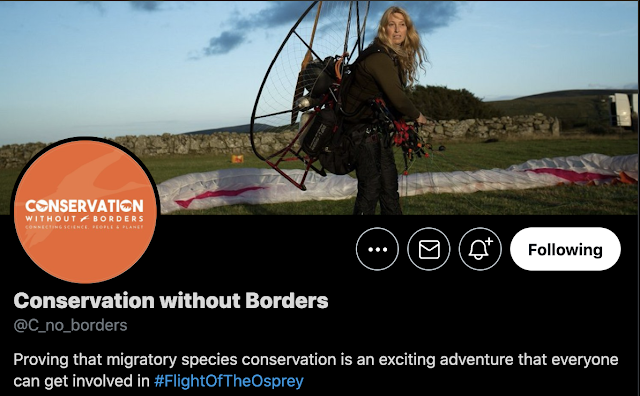 Conservation without Borders' Sacha Dench and Kate Stockings presented and discussed the plans. You can find out a lot more about the project here.

This year, the UK government is hosting COP26, the United Nations Climate Change Conference. Conservation without Borders has been given a BIG opportunity to take our message directly to them... which gave us a BIG idea.

We’re going to stage a ground-breaking climate change publicity campaign, that involves and inspires the whole country. A campaign so real and tangible it cannot be dismissed by cynics, and so focused on solutions that leaders will not only have to listen, they will want to.

The campaign will involve Sacha Dench attempting something that has never been done before – a 3000+ mile circumnavigation of Britain in a specially adapted, green electricity powered paramotor. Because she can take off and land almost anywhere, she and the team will be landing to recharge and rest with the interesting and inspirational people around the country, the ones can show us exactly how climate change is changing our country, but also show us what we can do about it.

You can watch their contribution to the Teachmeet here.

I signed up my own school to get involved quite quickly and there has been a good take-up so far.
Conservation without Borders Kate Stockings Sacha Dench