Geography teachers of a certain age will remember the China One Child Policy as a staple of population units. My basic Slideshare from around 2009 has been viewed over 30 000 times. This was an anti-natalist policy, and was studied alongside pro-natalist policies in other countries with low birth rates and ageing populations. In the 1980s, this was not a problem that the Chinese authorities thought they had.

The results of the policy were perhaps 'too successful' and had a number of important unintended consequences, as well as leading to some controversial policies which left a lasting legacy.

TED talk by Nanfu Wang explores some of the personal consequences for young people at the time.

Nanfu has worked on a documentary called One Child Nation (2020)

This explore what is described as China's 'collective trauma'.

She describes the propaganda which was ubiquitous.

Then came the announcement at the end of May which said that couples would now be allowed to have three children, and suddenly we had a pro-natalist approach. 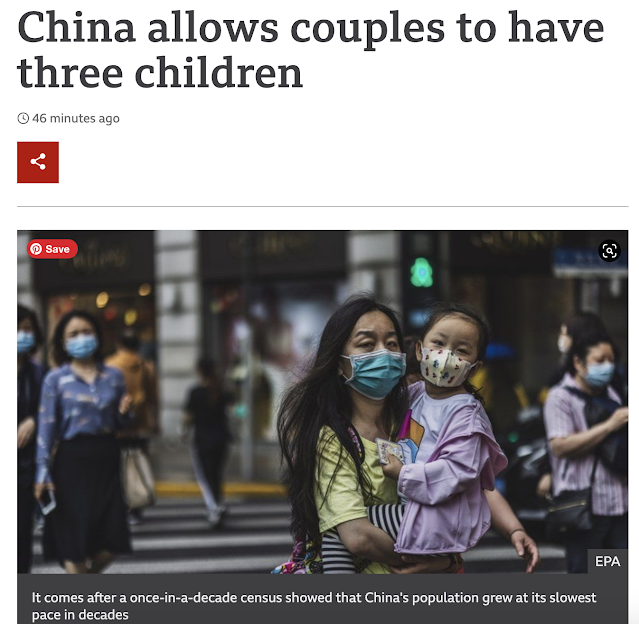 China Population Yearbook 2020 has a range of relevant statistics. 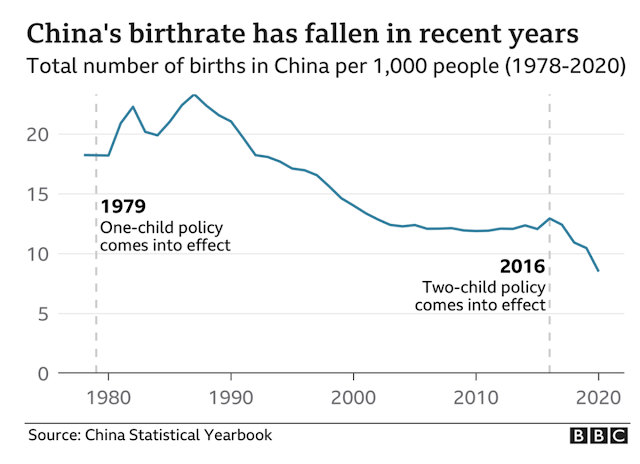