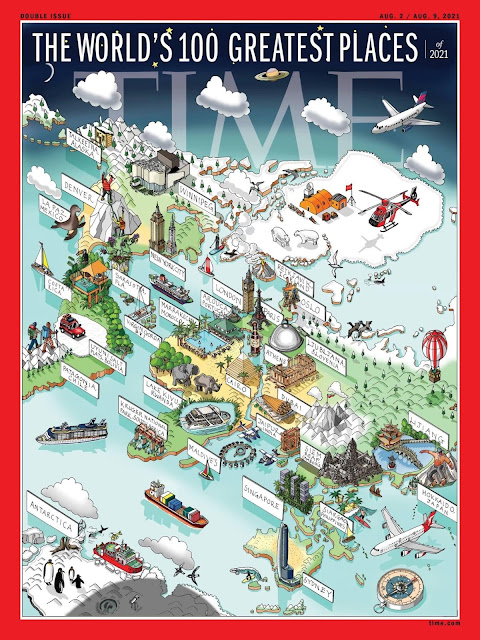 TIME magazine has released its list of 100 great places worth visiting.

The magazine has explained the process behind identifying the places.

The context is of course the decimation of the industry, particularly airlines and overseas travel - some countries which rely on tourism for a large part of their income have been particularly badly affected.

Why not challenge students (after the summer of course) to choose a 101st, which is not in the list and put together an entry in the same format. For example, here's the entry for Nuuk in Greenland, which makes the list.

We are told in the listing, which includes a nice photo, that:

The Arctic city of Nuuk, with some 18,000 residents, is poised to become the world’s first certified “sustainable capital” by the Global Sustainable Tourism Council, which sets internationally recognized environmental-­protection standards in tourism.
This is interesting news that I had not been previously aware of, and worth following up. How far is Climate change offering potential for new opportunites? This has been a controversial topic recently... 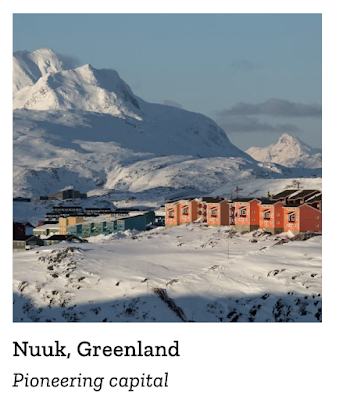