Up to Solly Street 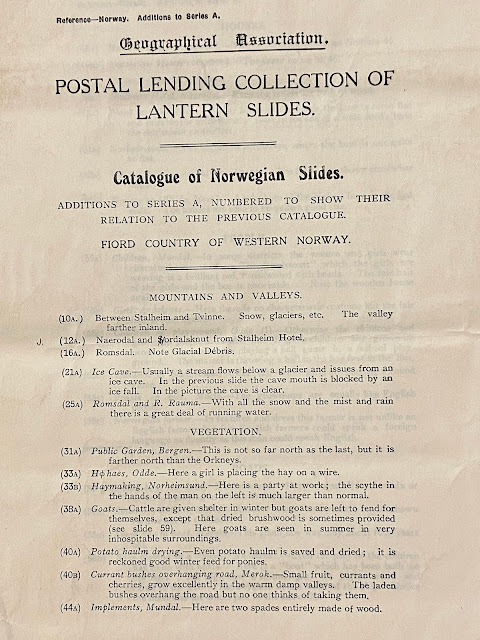 After over two years, I was able to head to Solly Street earlier in the week to do some of the research that I would otherwise have been doing throughout the creation of this blog.

In the 'basement' (although there are other lower floors) sit the rolling stacks which contain quite a bit of archive material which has so far been catalogued and placed into archival boxes and filing systems and given reference numbers.

These include lots of papers and documents, including the W G V Balchin papers, which were used to help create the centenary volume published in 1993.

I was able to find a number of books and other documents which will be added in to some of the existing posts on my GA Presidents blog, and also go towards new posts. Some very exciting finds.

Here's a catalogue of Norwegian slides for example, probably taken from images taken by James Fairgrieve. He left a lot of slides, but also notes on how to use them.