on October 30, 2020
Why not get involved in a great big colouring project rather than paying out for one of those mindfulness colouring books.
I first blogged about this back in June 2019, just after it had launched.

Colouring London is a site developed by CASA/UCL

Colouring London is also a citizen science project collecting data for scientific use, a free educational resource schools, and an initiative that celebrates London and our collective knowledge about it, and promotes sustainability and diversity within the city. 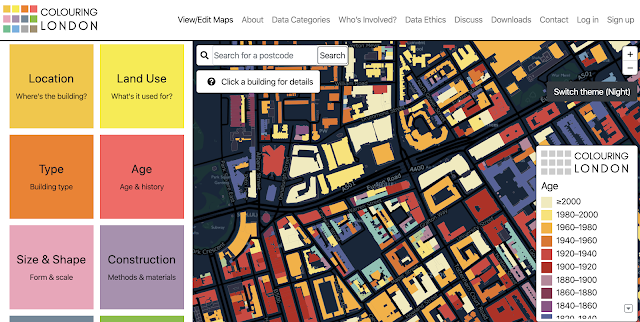 Resources have been developed by the RGS-IBG to support the site.

If you do want a colouring book though, go for the excellent one created by the Ordnance Survey.
Colouring Colouring London London Mapping