The annual Oxford-Cambridge boat race takes place next weekend, but this year will be different to the usual pattern. 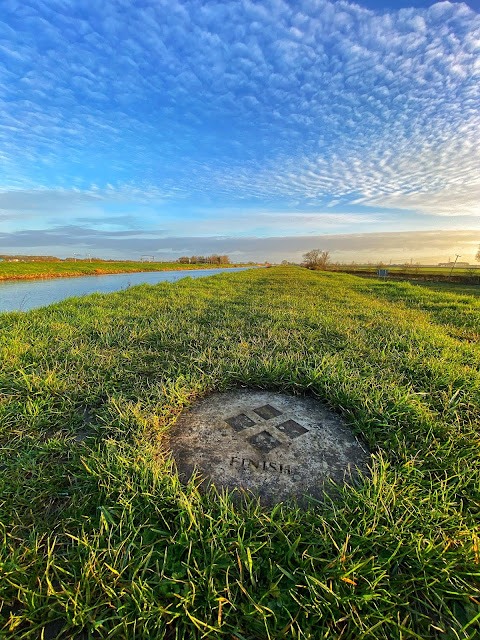 The annual Oxford-Cambridge Boat Race has been moved out of London this year to avoid the crowds and a damaged bridge in Hammersmith which is unsafe. It would also be difficult to close off the banks of the Thames.

This has happened before.

This is my image of the finish line when the boat race was last held in Ely. It also appears on the Fascinating Fens calendar for 2021.

We've seen all the signs going up to close off the foothapths and roads in the area around, from the edge of Ely through Queen Adelaide to Littleport: a long stretch of road I drive along on my commute. Our students also row on that stretch normally, and the school has a part to play in the event as well. We have previously welcomed the Cambridge women's crew into our assembly at King's too. The paths and roads are closed off, and the area has been described as a 'sleepy backwater'...

We shall be watching with interest...