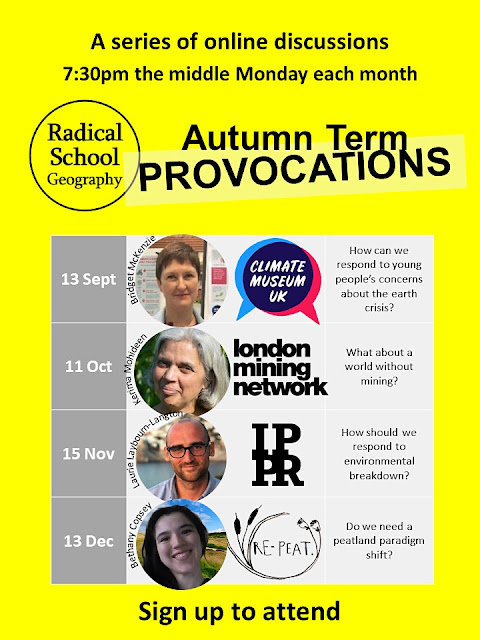 Last night saw the first of a series of Climate Change provocations.

They have been organised by the Radical School Geography group.

The first can be viewed below. It featured Bridget McKenzie, who has been involved in a number of interesting projects as well as holding some significant education roles at institutions such as the Tate. Check out the work of ClimateMuseum UK which I have blogged about previously.