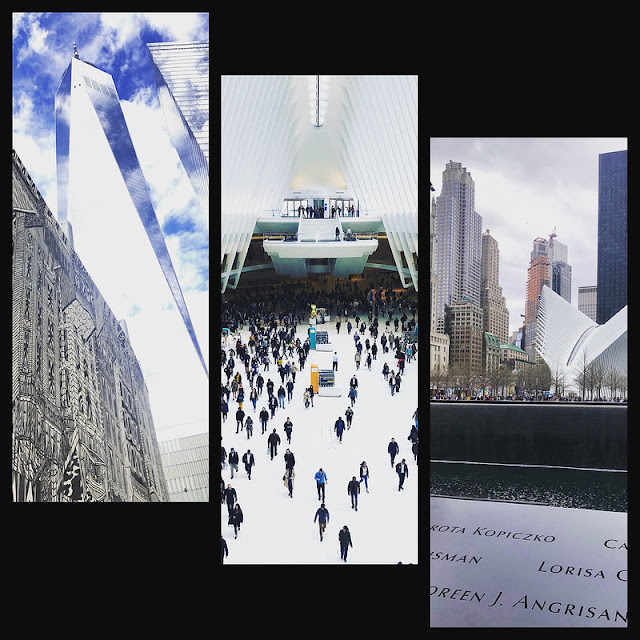 Twenty years ago today I was teaching in King's Lynn and was told that a plane had hit the World Trade Centre in New York. When I got home, my wife was watching the scenes unfold on the TV - a second plane had hit - our daughter was 2 years old. We watched as the first tower collapsed, and then the second and the news for the next few months was dominated by the aftermath and analysis. Almost exactly a year before, my wife had been drinking in the bar: Windows on the World at the top of the North Tower.
At Easter 2019, the whole family spent a week in New York, and we visited the area of the city which had been known as 'Ground Zero'. We started at the Oculus: an incredible building which had been designed by Santiago Calatrava to contain elements of a memorial.
We saw the new tower: One World Trade Centre with its observation deck, and stood for a good while by each of the two reflecting pools surrounded by the names of those who died: a sobering moment. The museum is an essential visit to fully appreciate one of the most dramatic events of the century.
Sending love to all who continue to be affected to this day.
9/11 New York