I have been using Twitter since April 2008. My tweets have been protected. This means my tweets can only be seen by those who I have confirmed are not students, bots etc and have an interest in what I tweet about: which is mostly geography. This means I have control over my network - although my follower numbers are much lower than other accounts which can be freely followed.

Muting and blocking of accounts means I have avoided the #edutwitter nonsense that I hear quite a lot about as I don't see the conversations and threads. 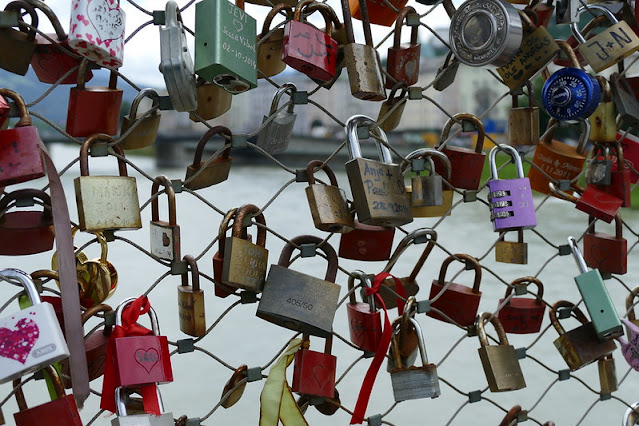 Image: Love locks on the Makartsteg Bridge over the Salzach in Salzburg, 2016 - taken by Alan Parkinson - shared under CC license

However, being protected means my Tweets don't have the same audience as they would in the public feed, and it's also harded for them to be retweeted, and therefore amplified. As I am going to be tweeting a lot more about my work as GA President and what is involved - to hopefully encourage a broader awareness of the GA's work.