on June 11, 2022
A lot of the students have been interested in a particular fish and chip shop recently. And it's not this one, which is in Ely, and which I passed last week during National Fieldwork Week. 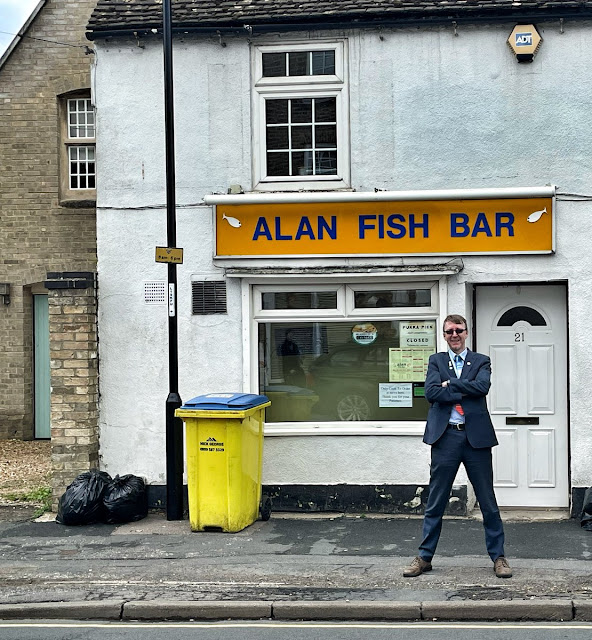 It's one in the Binley district of Coventry which you may have picked up on... It was featured on the news and the One Show.
Here's the song that started the craze it seems, and which is now plaguing the residents of Binley...
This place has apparently been getting a lot of social media traction over the last few months and in so doing has become quite famous and gone viral. Is it because of the quality of the food?
How has the social media interest impacted on the owners and also on the surrounding area?
How does it change places, and people's perceptions of a place?
Can a place be defined by one location within it?
There are some who would say that this is not worthy of geographical study.
For the time being, this would definitely make an interesting NEA focus for students in the Coventry area.
And here's Daniel the Rate my Takeaway guy - although you don't really need to watch that to get the gist of this - I just think you can see the Gen-Z visitors who are driving the hype - how long will it last? The owner is riding the wave:
And here's the area on Google Maps...
I'd been following this for a week or so and had some very time on my hands today and decided to put together a resource.
Feel free to take this as a one-off, end of term, move-up morning, taster day, cover lesson - whatever treat for students. Fillet it, batter it, serve it with chips and mushy peas... I apologise :)
Update:
The chippy was in yesterday's Guardian.
“We’re just an ordinary fish and chip shop. All I want is to keep my customers happy no matter where they’ve come from.”
Binley Mega Chippy Changing Places Fish and Chips Identity Sense of Place Social media TikTok