on June 11, 2022
I'm going to be going to the IGU in Paris in July to present on the GA's National Curriculum Framework for School Geography, which is taking shape under the lead of Eleanor Rawling.
This is the second of a series of posts related to my preparations which include the event itself and all the other social and cultural angles around it, plus my own exploration of the city.

A Bloomberg article on the work of artist INVADER who hides pixelated street art in cities around the world.

There are over 4000 mosaics now, placed around the world in 80 different cities, including quite a few in London.

I've seen quite a few of these and have an app on my phone which allows you to capture images and score points.

There is another article here. 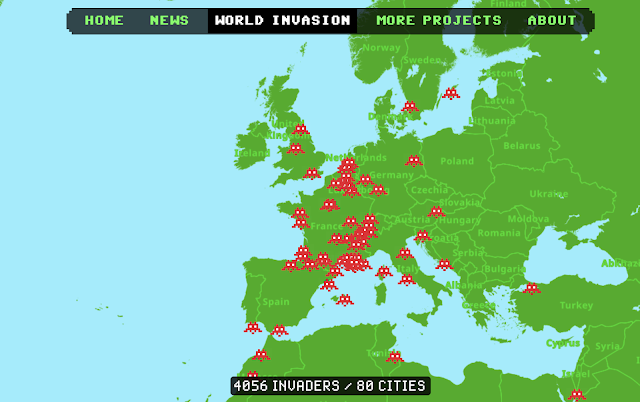 Looking forward to seeking out and snapping some of the artworks.