Have you heard of a medicane?

It's a storm in the Mediterranean which has hurricane type winds. We are told that such extreme storms are likely to become both more common and more extreme. Perhaps this would be an alternative context for those wanting to teach about extreme weather events, but with a little more of a European focus, rather than an American or Asian one.

My friend and fellow geographer Simon Williams was in Kefalonia a couple of years ago when emergency announcements came out warning of a rapidly developing storm, and he was evacuated from the airport to a hotel at midnight, where there was no electricity or water as the flights could not leave the airport. He posted some images and updates to keep friends and family updated.

There are some similarities between hurricanes and medicanes, but also quite a few important differences. 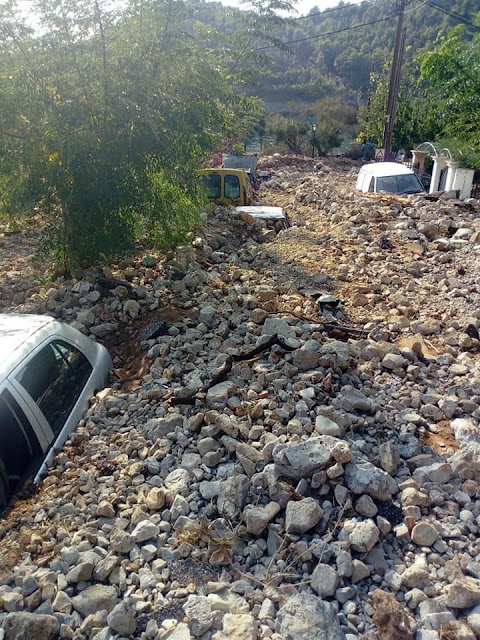 The storm was called Ianos.

I put out a general request for further details on medicanes and had a kind reply from a few people at the time, who told me more.

Thanks to Simon Williams for the use of the photos of the aftermath of the storm.