Tomorrow is the first day..... 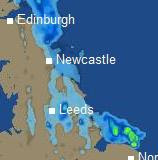 In North Yorkshire, having driven up through a downpour, as shown on the BBC website. On the way, caught Pick of the Week, and was directed to the programme made by Emily Ainsworth, who won the Royal Geographical Society's JOURNEY OF A LIFETIME grant.

She got £4,000, broadcast training from the BBC, and the chance to train as a performer at one of Mexico's family-run outfits.

Journey of a Lifetime is an account of her adventures with Don Humberto's circus, including a terrifying moment in Cuernavaca when four metal towers collapsed on top of the riggers who were setting up the big top. "I hope I never see anything like that ever again," she wrote at the time. "There was complete silence for about two minutes, and we thought everyone was dead. It was only when Don Humberto exhausted every single expletive that we realised that no one had been killed."

You can LISTEN AGAIN to the programme.
Was delayed through the Fens by a lot of tractors - loads of combines at work too trying to get the harvest in.

Tomorrow, I FINALLY start my new job at the Geographical Association. It seems like a long time since the day when I got the job (perhaps because it is...) and have been doing various projects to hopefully help me hit the ground running.

Also appear in details for the Brighton and Hove CPD Network, led by Graham Goldup and Maria Larkin from Cardinal Newman Catholic school in Hove.

A packed programme of additional sessions is also available for teachers in the area.
at August 31, 2008 2 comments:

Email ThisBlogThis!Share to TwitterShare to FacebookShare to Pinterest
Labels: Brighton and Hove Network, Journey of a Lifetime, RGS-IBG

The police have always used geographical information in their fight against crime. Certain patterns of behaviour can be mapped. Do crime maps help ?

The Government plans to produce neighbourhood crime maps for everyone "by the end of 2008". This will enable people to assess their own neighbourhood.

Yesterday's CRIME HOTSPOTS programme on Radio 4, which can be listened to again via the LISTEN AGAIN feature demonstrated once again the value of GIS, and geo-spatial investigation. This moves beyond the old drawing pin on the map. It outlines the behaviours of criminals in relation to their own home area. There is also the tactic of geographic profiling.

The WEST MIDLANDS area already has a GIS in operation, which allows interrogation of crime figures and trends.
Those living in the METROPOLITAN POLICE area also have access to crime mapping.

Interestingly putting the terms"crime geography" into Google bring up a certain well-known Geography website as the first return.
Also high up is the script for the programme on the Geography of Crime that Chris Durbin was involved in producing.

Also led me to an interesting survey on BUS SHELTER vandalism, which could form the basis for a local investigation in urban areas. (Click the link to download a PDF). This led to a useful 7 point classification of vandalism (Wilson and Healey, 1987)

Acquisitive
To acquire money or property, for example, breaking open telephone boxes
Tactical
The damage is a conscious tactic, a means to achieve some other end, such as breaking a window to be arrested and get a bed in prison
Ideological
Similar to tactical vandalism, but carried out to further an explicit ideological cause or to deliver a message, for example, chalking slogans on walls
Vindictive
Damage in order to obtain revenge, for example, breaking school windows to settle a grudge against the head teacher
Play
Damage in the context of a game; for example who can break the most windows of a house
Malicious
An expression of rage or frustration which is often directed at symbolic middle class property. It is this type that has the vicious and apparently senseless facade which people find so difficult to understand
Innocuous
Damage done to property defined by youth as unimportant or of no value
at August 27, 2008 No comments:


View my page on NQT Geographers


If you're seeing this, then you have a chance to get in quick on a new social network for NQT Geographers.
If you're about to start teaching Geography in September 2008, head over, sign up, and start a conversation...
More details and resources will be added as the year progresses.
Think of it as CPD..
The more you put in, the more you'll get back
at August 26, 2008 No comments:

Online booking is now available for the conference, which will be held at the University of Manchester in April 2009.
The Conference theme is 'Investigating Geography' and will focus on how students can investigate geography both in and out of the classroom; how geographical education can be investigated through research; and how academic geographers extend understanding through their investigations.

In April 2009 geographical education will be in the throes of change, from primary through to Post-16 levels. There is the potential to revitalise the geography curriculum, although some changes might be unsettling. The Conference will provide opportunities to share experiences and to find out how others are meeting the challenges.

The Association at Work events will take place on Thursday 16 April, and the main Conference programme will be held over Friday 17 and Saturday 18 April.

Spent the weekend in Liverpool. Visited Klimt exhibition, plus a Ferry across the Mersey and a look at the redevelopments. Also went Superlambanana spotting... 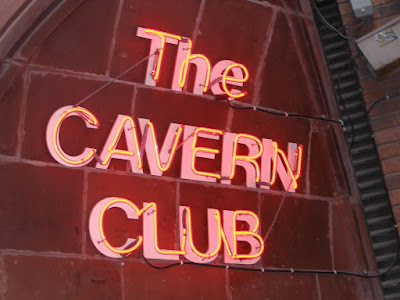 Email ThisBlogThis!Share to TwitterShare to FacebookShare to Pinterest
Labels: Liverpool

Goodbye to the Tinsley Towers

Living Geography with the GA

In January 2009, the GA will launch a series of Regional Conferences for secondary teachers. These Conferences will build upon the effective practice developed during the Action Plan for Geography.

Aimed at KS3-4 and focusing on Living Geography, these full day events will take place in:

The programme of Conferences is being developed in response to comments from past course delegates requesting further targeted CPD for geography teachers. Living Geography is a concept which relates to all curriculum frameworks, whether in Ireland, Wales, or England, and therefore has been chosen as the focus for these events.

In addition to the Regional Conferences we are running a Primary Conference in conjunction with the Historical Association in November 2008, and further primary events are planned for 2009 - watch this space!

Further details and online booking for all of the above events will be available soon. If you have any questions in the meantime, contact the GA's Events Co-ordinator Lucy Oxley (loxley@geography.org.uk).

The GUARDIAN reports today on the astonishing 'virtual' water consumption that we all require each day.
The report is written by journalist Felicity Lawrence, who is well known for her work on what we consume.
It's well known that we consume actual water by the hundreds of litre: cooking, cleaning, showering etc. all takes place. Some people even clean their car, although I let the rain do that...

Once all the additional 'hidden' water is taken into account, each Briton apparently gets through 4,645 litres of water a day !

There is an interesting PHOTO GALLERY to go with the story which quantifies some of the water use.

Just as we have a CARBON footprint, we also have a WATER FOOTPRINT.
at August 20, 2008 2 comments:

Back from my hols... 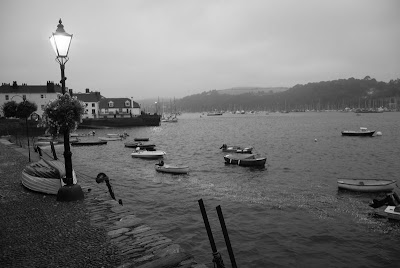 Had a very nice week in Devon: the first in about 8 years that I didn't have a computer with me...
Here are some of my photos...
Enjoy... 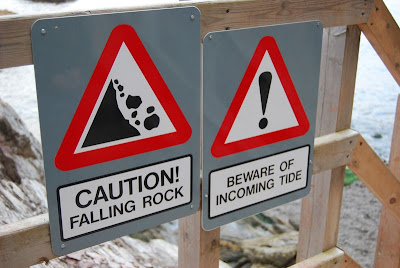 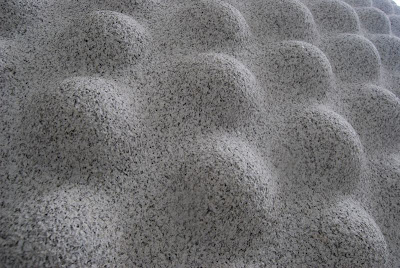 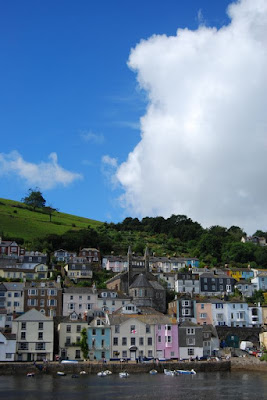 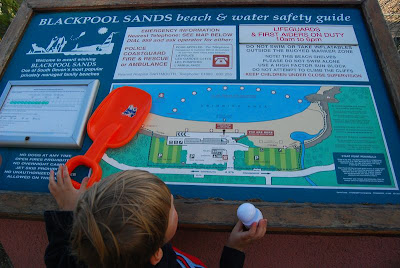 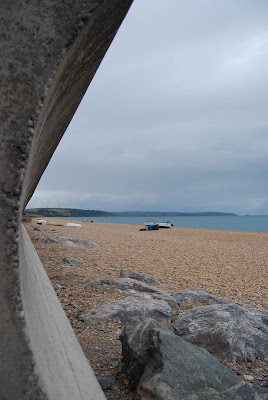 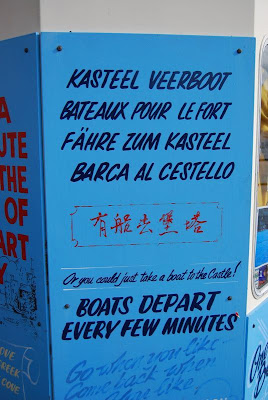 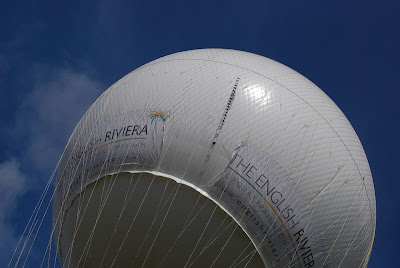 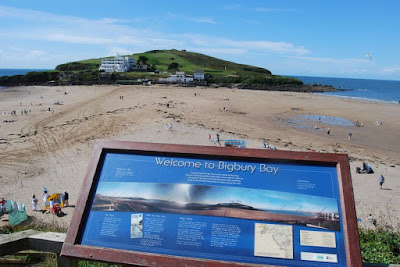 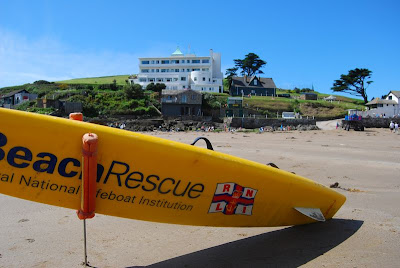 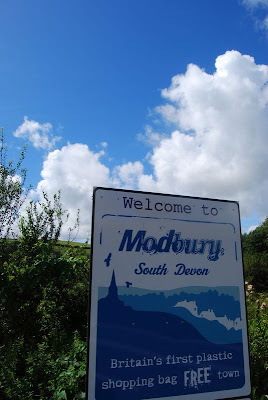 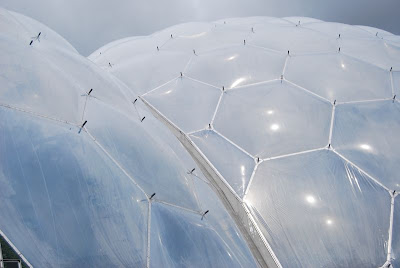 Locations are all in and around Dartmouth, except for the final Eden Project pictures.
at August 19, 2008 No comments:

Thanks to John Barlow and his new departmental blog for guiding me to FLOODSIM.
This is a flood management simulation produced by the insurers Norwich Union (or AVIVA as they are being 'rebranded'...) 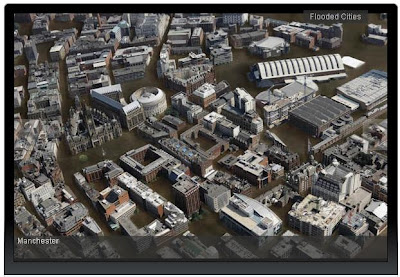 The landing page for the game features some rather 'good' simulated pictures of inundated city centres, including Manchester, York and Norwich.
Head over and have a go...
at August 06, 2008 No comments:

Email ThisBlogThis!Share to TwitterShare to FacebookShare to Pinterest
Labels: FloodSim

Spent most of today sorting out materials for 2 events I'm doing later in the year. 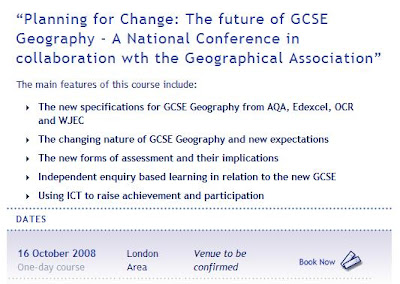 The first is a conference for SfE, which is described HERE and below: 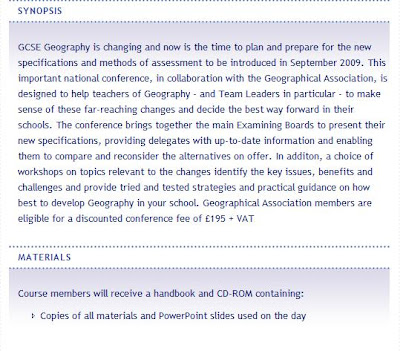 Been preparing my resources for the afternoon seminar. Before I start, there are the sessions below: 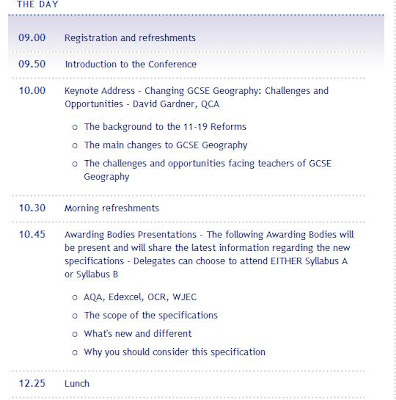 Then after lunch, there are 5 seminars: one of which is the one I'm doing.... 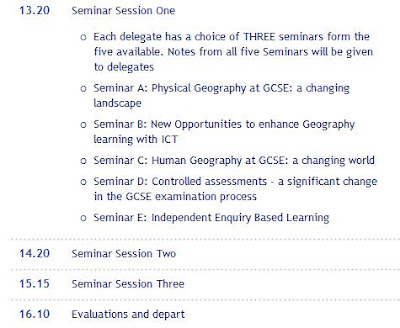 Maybe see some of you there...

The second event is in September, and is a lecture for the GA Manchester branch on the summer floods. 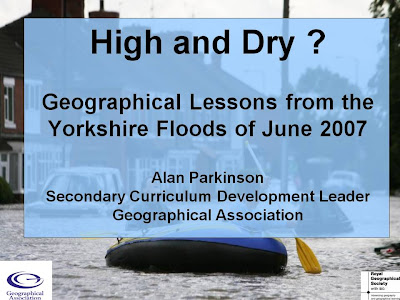 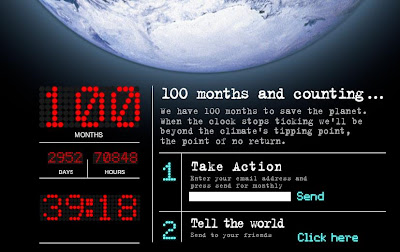 Check out the ONE HUNDRED MONTHS website.
at August 01, 2008 No comments: 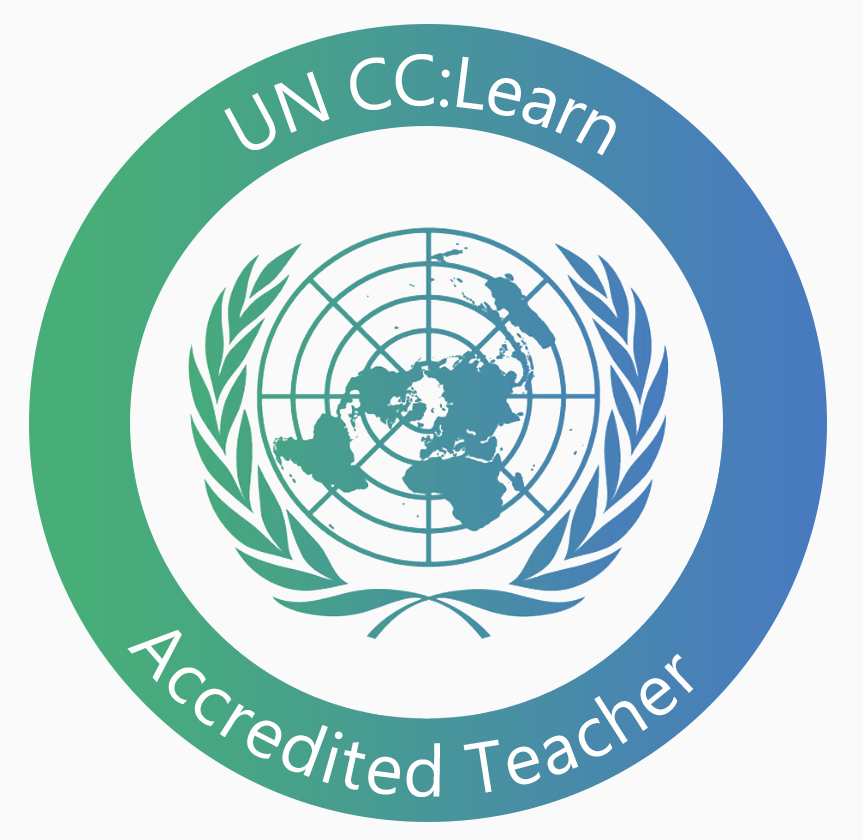 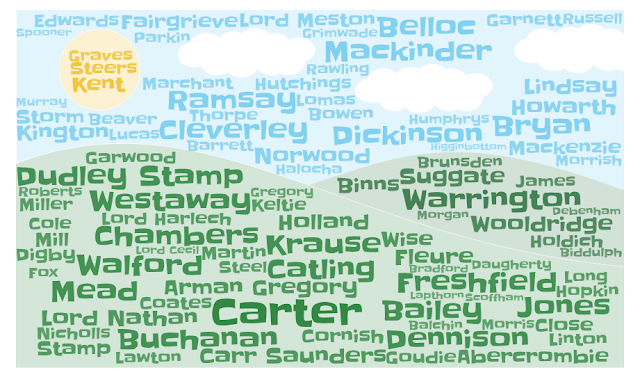 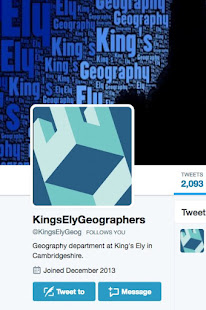 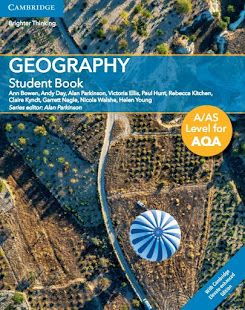 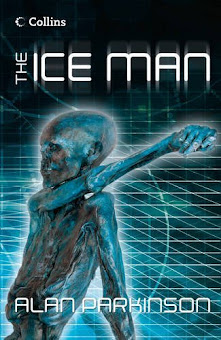